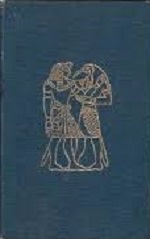 Leadbeater was influential early in the development of mixed gender Freemasonry and at the peak of the Theosophical influence. Annie Besant was also a Theosophist and she also introduced Theosophical elements into her Freemasonry, but Leadbeater (together with Wedgewood) went way over Besant in that regard.

Even though attempts were made to get rid of the Theosophical elements within the rituals of Le Droit Humain, there are still lodges who work with either the Besant of the Leadbeater rituals. For members of both types of lodges, the present book and the similar Hidden Life In Freemasonry of the same author are interesting, because Leadbeater sometimes explains why certain elements were added and why they are as they are. Also for people not working in a Theosophical lodge, the book makes a nice read. You get an idea of this ‘exotic’ type of Freemasonry, but also Leadbeater’s very spiritual (and clairvoyant) explanations of Masonic symbolism, sometimes shed a whole new light on the subject.

Both books are available in reprint and ebook, but when you want an original version, they are not too hard to find.

Read more about Leadbeater and his Freemasonry here.